Skate right into the Christmas with this beautiful winter-themed Live Wallpaper. Featuring several groups of interactive Christmas characters who are gliding along to the softly falling snow at various ice rinks. Santa Clause in a company of joyful children and happy adults. Joyful gnomes with special gifts and funny pets are ready for Christmas as well. Twinkling Christmas lights are everywhere. Christmas holidays are coming. Invite Christmas spirit to your home screen. The new year 2017 Christmas festival is going to start very soon and Christmas countdown has officially started. Santa’s sleigh are really high in the magic sky. Touch any Christmas character and see what happens! It’s just like an interactive Christmas game.

You can customize Christmas Rink live wallpaper as you want. Double tap on screen to open the live wallpaper settings where you can change characters’ acceleration, toggle on/off falling snow or animated garlands on a Christmas tree and choose from one of the 8 Christmas themes (5 of this Christmas holiday animated wallpapers are free of charge) and one of the 6 groups of characters (all are totally free).

Christmas Rink CallerID feature is for unknown number identification. This new feature shows Call information during/after calls and you can fully customize it or disable it completely at CallerID screen settings icon in top right corner. For all premium users who has purchased any in-app content there are no ads even if CallerID is active. It’s the really cool feature. We use it at our phones as well with a great pleasure.

The game is optimized for Android phones and tablets. With this learning exercise children will have hours of fun. Santa, Snowman and company will put your children in a happy Christmas mood.

The history of the Advent calendar is rooted in Christian customs from back in the 19th century, since then the tradition has spread all over Europe and is continuously becoming more popular everywhere in the world. The idea is to countdown to Christmas Eve by opening one window everyday and to celebrate each day in anticipation for Santa Claus. These windows often hold sweet little gifts, the most popular present being chocolate. The Advent calendar can take different shapes and sizes: Here Advent calendar for you is in the form of an App – and instead of chocolate, you will get one free app very day, so you can enjoy and share the fun anytime, anywhere with all of your friends and family. 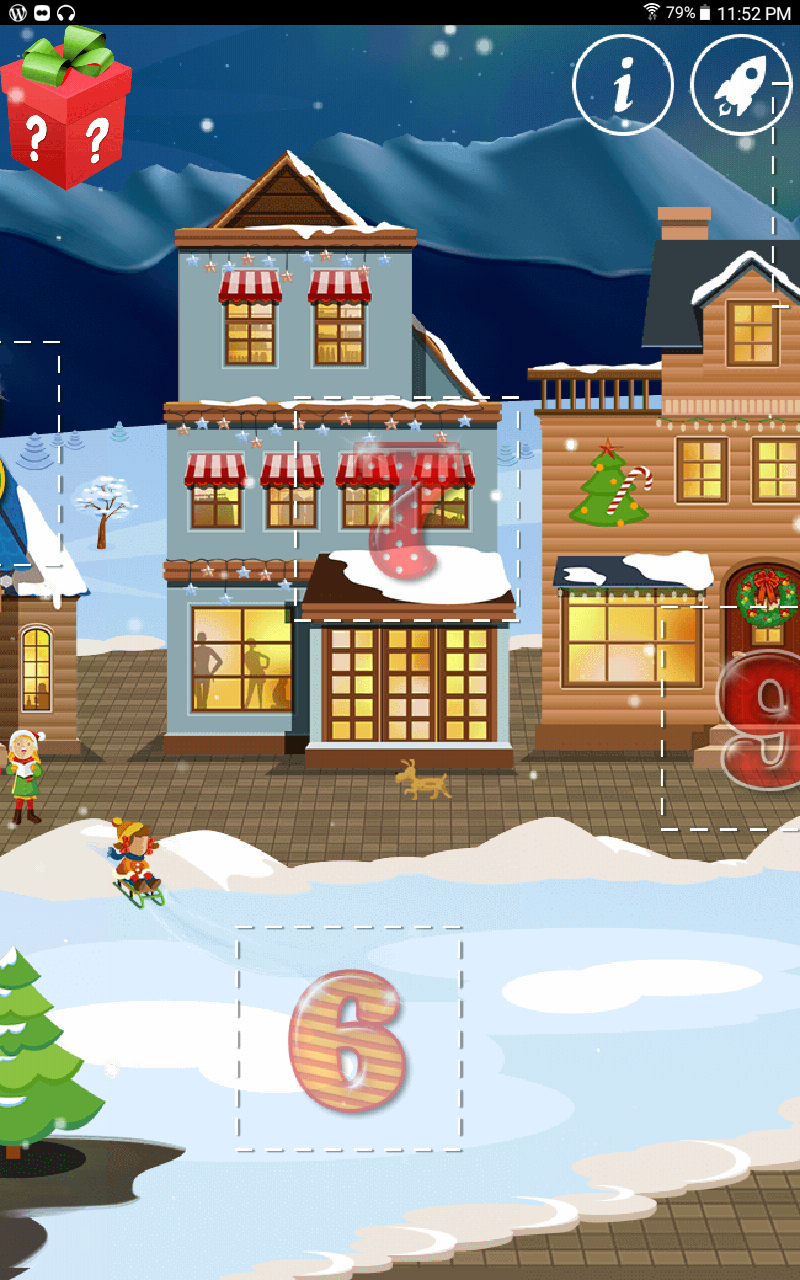 Discover a fun, free, festive app behind every window to help get you into the Christmas spirit. Scroll your way through our festive world to discover an enchanting village that is brought to life with gorgeous graphics, heart warming animations and tinkling jingle bells. Family friendly and suitable for all ages, download Advent 2016 now and bring the exciting countdown to Christmas to life on your touchscreen device. 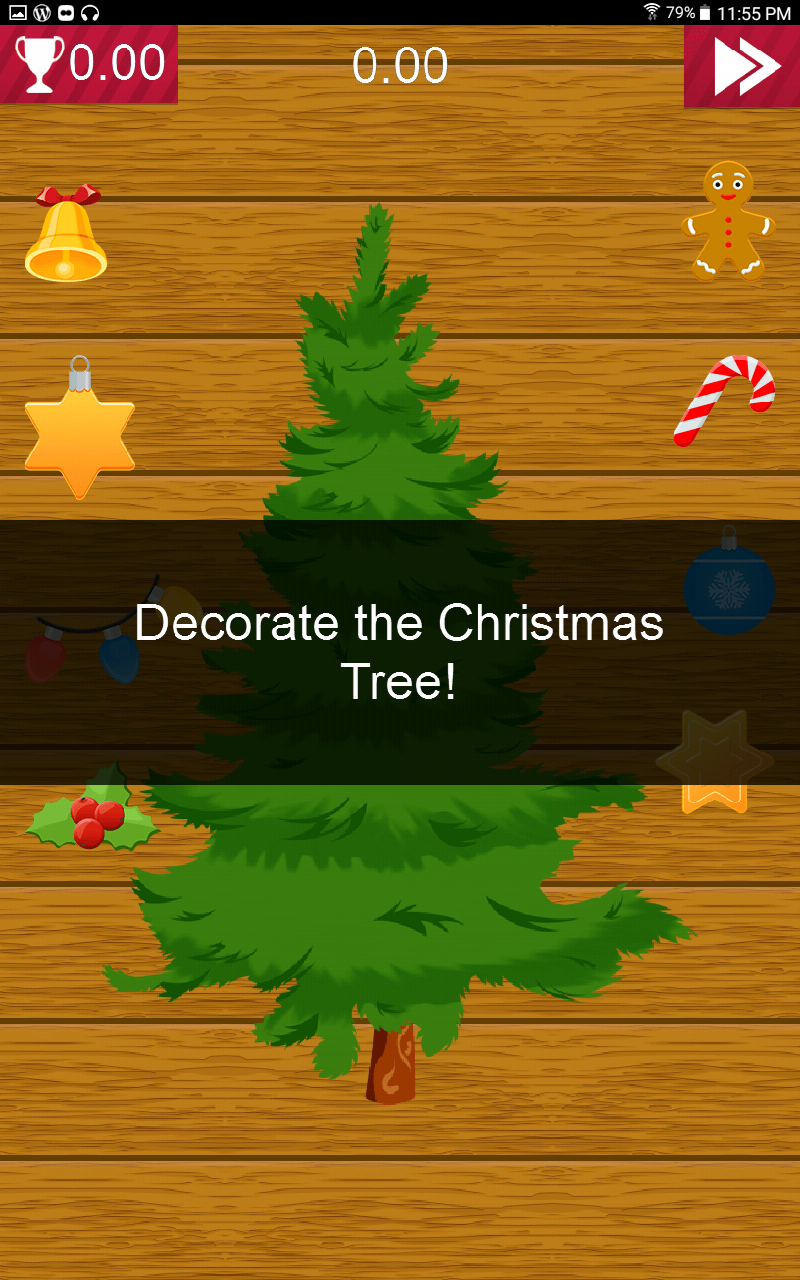 These lovely snowfall “wallpapers and backgrounds” will cover your screen in white while the flickering Christmas tree will give it a magical touch. This free xmas app is also a perfect pastime for New Year because Christmas countdown live wallpaper 2016 will bring you lots of good mood and joy for the upcoming holidays. With Christmas Snow Live Wallpaper you’ll have some of the best free “snowfall wallpapers” with images of Santa and snowman on your mobile phone display. Winter nights will be more beautiful with delicate snowflakes falling down your screen and Christmas lights illuminating it. Merry Christmas and “Happy New Year” 2017. Add Christmas ringtones, Christmas keyboard themes and widgets and you’re ready for the most exciting winter holiday. With snow live wallpapers for Android devices, lay back, and enjoy sending Christmas cards with wishes and greetings to your loved ones and share this beautiful xmas wallpaper with all your friends.

​More than simply putting flowers in a container, ikebana is a disciplined art form in which nature and humanity are brought together. Contrary to the idea of floral arrangement as a collection of particolored or multicolored arrangement of blooms, ikebana often emphasizes other areas of the plant, such as its stems and leaves, and draws emphasis toward shape, line, and form. Though ikebana is a creative expression, it has certain rules governing its form. The artist’s intention behind each arrangement is shown through a piece’s color combinations, natural shapes, graceful lines, and the usually implied meaning of the arrangement.

“Ikebana” is from the Japanese ikeru, “keep alive, arrange flowers” and hana. Possible translations include “giving life to flowers” and “arranging flowers”.

Sogetsu: typically uses either a tall, narrow vase such as one made from a bamboo stem, or a flat, open dish in which the flowers and branches are fixed in a hidden kenzan spiked support. However, other forms are possible, including highly elaborate creations that fill an entire hall. One of Sogetsu’s central ideas is that an arrangement should have three strong elements, each with certain proportions and arranged at a certain angle. But there is considerable latitude to work with whatever materials are available and to express the spirit of the moment.

Ikenobo: is the oldest and largest school of Ikebana, or Japanese floral art in Japan. It was founded in the 15th century by the Buddhist monk Ikenobo Senno. The school, currently headed by its 45th generation headmaster Ikenobo Sen’ei, is based in the Rokkaku-do temple in Kyoto. Additionally, Ikenobo has hundreds of chapters around the world.

Bring the joy of Christmas and the festivities of the holiday season together in this interactive story. Packed with gorgeous graphics and sound effects, young kids will experience Santa, the elves and the excitement of the Xmas holiday through a beautifully written story combined with engaging activities both children and their parents will love. 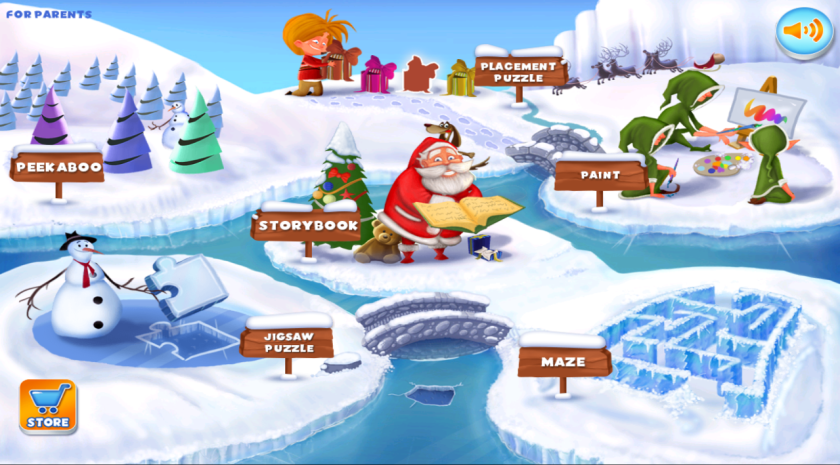 Enjoy fun and educational Xmas activities on every page of the story.

Countdown until Xmas with the Christmas Countdown Clock.

Make a holiday wish list to show Santa and your friends.

Tap the snowman to see all of his cool Xmas outfits.

“Read to Me” will automatically read the story to you.

“Auto Play” automatically reads the entire story to you.

Record your own dialogue for your favorite characters.