It’s a cute game and the stats says that more than half of the players are girls,I can understand that. The game is all about matching jellies and that brings on the jelly mania and you move forward in the magical world of jellies and increase your magical powers and open secret realms. The new version is fixed for bugs which used to crash the game on Samsung devices. The new activity is magic trip bingo and professor owl have found an ancient magic book in magic academy  and you get to uncover its secrets and become the ultimate magician.  The game is very addicting and good for killing your time and keeping your mind engaged. The graphics are good and the voice of girl saying “jelly mania” is really cute. Try it if you still haven’t, you will get hooked. 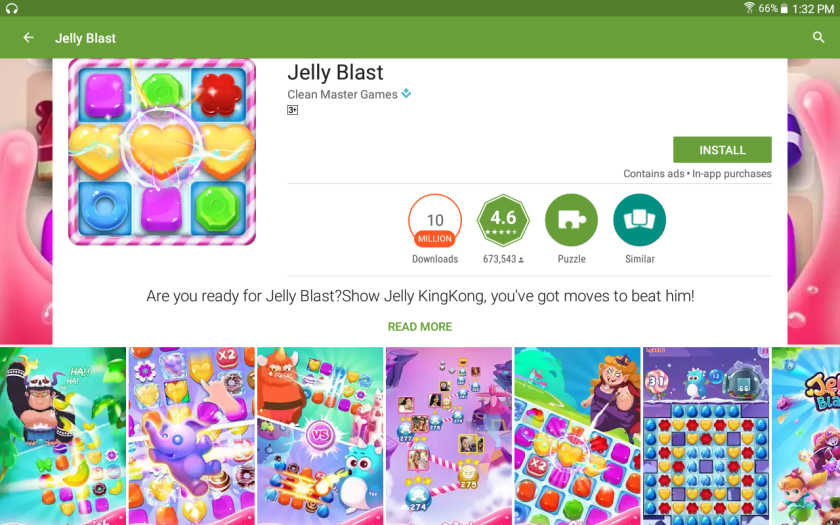