The game is based on jet fighter action.​The gameplay is designed around short, intense sessions perfect for the on the go gaming. The casual controls allow more focus on in your face camera angles. You will be needing lot of practice(if you’re a new gamer like me). The controls are OK but focusing and shooting will require lot of patience and time to understand. The graphic is good but you don’t feel to be in cockpit. If they would had given an option of immersive camera angle it would had helped. Once you get the grip of game and control it becomes a little easier but the shooting game has a life you just can go on and on. The graphics also don’t change much and the the music at the background doesn’t score much. The app is still in the development stage so can’t complain but you can download it from early access in Google play. I didn’t like it a lot it’s just another shooting game but if you like shooting you can try it. 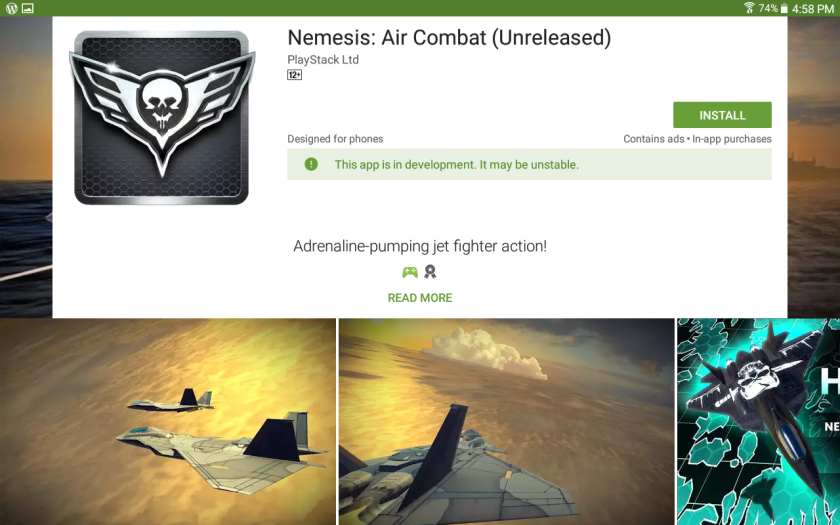